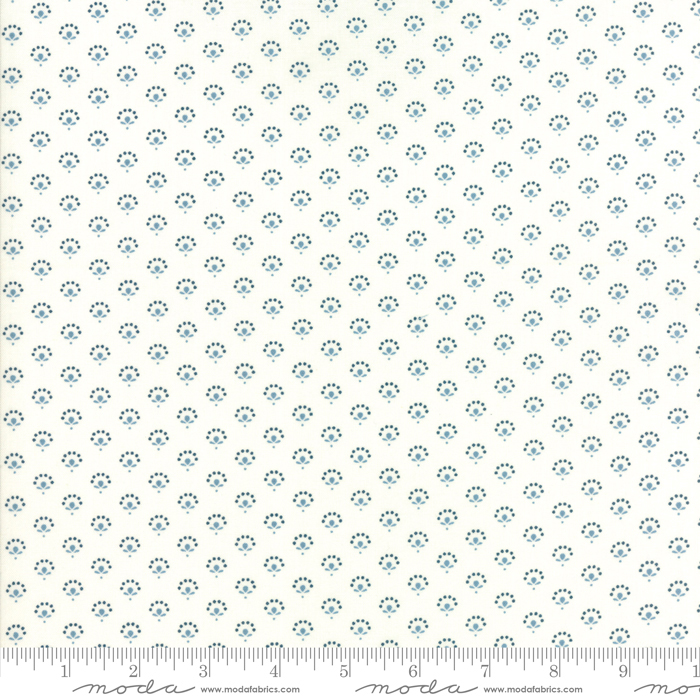 This beautiful collection of prints inspired by quilts in Christoper Wilson Tate's private collection of antique British Quilts, dating from the late 18th Century and early 19th Century. In his almost forty years of traveling throughout the British Isles finding and purchasing antique quilts, He wanted his first collection with Moda Fabrics to have connections to his native Northumberland. The prints are drawn from quilts originating in the North East of England, and the prints have been named for some of the places there â€“ Berwick, Lindisfarne and Chipchase.